I feel like I say this quite a bit, but I'm sorry for the recent wait. My focus has been moreso on job searching and portfolio expansion rather than Axu for the last couple of months. I also had three teeth removed after a 15-year hiatus from the dentist, so hopefully I come off as coherent. The good news is that Axu is not dead! I'm still plucking away at it when I get the chance, though development has been much slower as of late. I'd like to take some time to explain some of the upcoming changes, and perhaps explain why this update is taking forever! (Other than the reason stated above.) Plenty of screenshots to follow!

A big part of my time has been doing some large overhauls to how many old and basic systems work, with a heavy focus on map generation. Before, all areas were pretty much locked into one biome type. You might see the odd village or power plant in the forest, but never in the desert or tundra. This limitation was frustrating. Adding new values was a pain, so I decided to make it more malleable. I've separated biomes from landmarks now, which means rivers can flow anywhere, villages can be built on rougher terrain, and the empty north and south ends of the continent get a bit more love. Of course, modders can add new locations through the JSON files and map editor. Win/win. 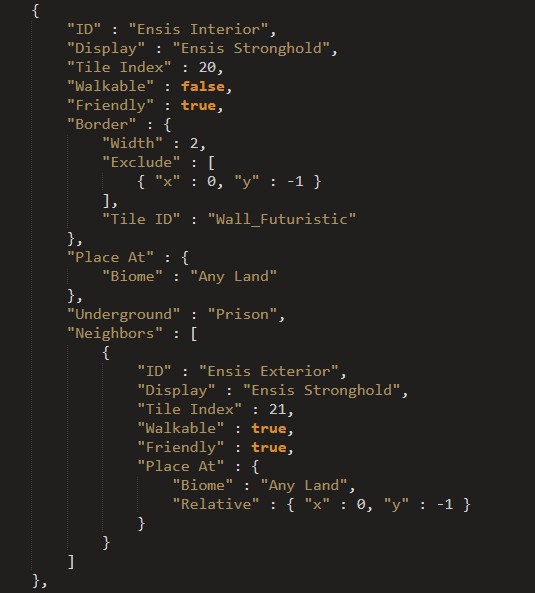 This also goes for underground areas as well. I have yet to add any Lua implementation for generator algorithms, but hopefully that will come soon. I've had to also rework encounter tables to facilitate to this change. The numbers aren't quite there yet, and I think that's the last major fix before I'll release the next version.

So now we have a wider variety of terrain for special areas, but what about the world map? It would look odd having a river tile (which has a background of grass) pass through a swamp, creating jagged edges. Landmarks are now layered on top of the existing generated map, so the transition looks much more lovely! A big plus to this is that I can add new locations to the map as gameplay progresses! Discovering new locations, replacing old dungeons with new ones, etc are all on the table here. 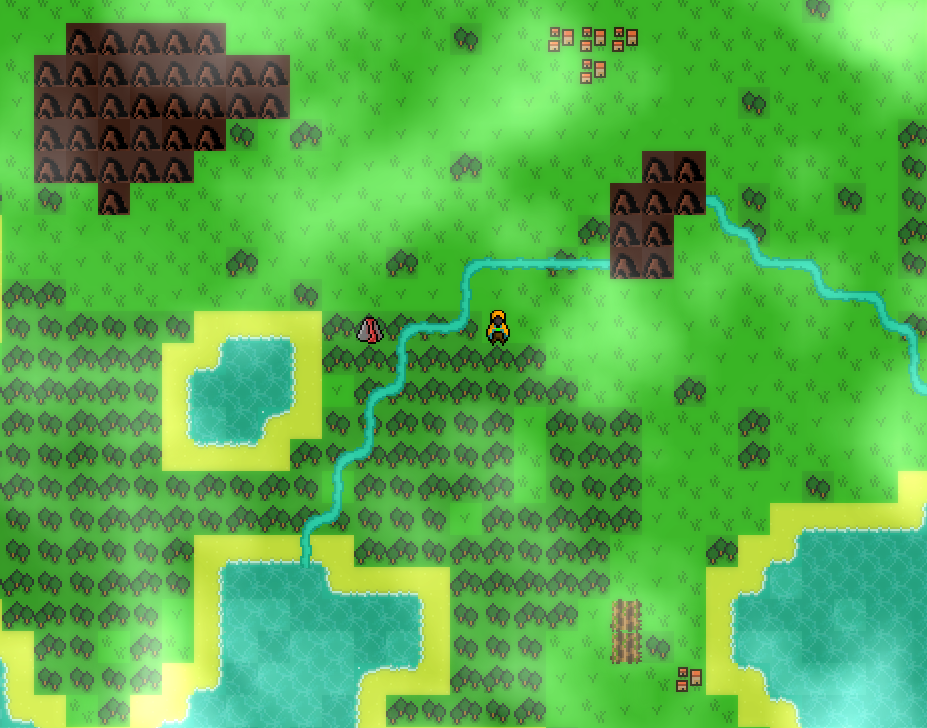 The local map has also gotten more love. I use an alpha mask to transition various tiles between each other. This is a ruin located in the red desert!